The building was a MOD nuclear bunker which in the early 1950s was located outside of the blast zone of a nuclear bomb hitting the Glasgow shipyards in the New Town of East Kilbride.  Within a few years it was obsolete. The MOD used it for training.

The owner of a company called Solus, who make digital equipment for libraries and hospitals, had an option from Enterprise Scotland to buy the building for a nominal fee, but the deal was that he pay for refurbishment and open the building for viewing, upon request, by interested parties. He employs lots of programmers who quite liked the idea of working in a blast-proof concrete box!

The building is listed and an historic monument so Historic Scotland were involved. They had a very progressive view for conservation and were delighted that the building could be preserved and used. Having an occupant paying for the upkeep is a much better scenario than preciously closing it up for future posterity, creating a maintenance headache and drain for money to be thrown into.

The negotiations were protracted and in the end a group from a nuclear bunker protection society ended up getting hold of the property.

The re-imagining of bunker into office used modular units to accommodate staff around the main building and a new meeting room on the roof.  The site would be dressed up to look like a 1950s MOD site with a sentry box and a barrier at the entrance with a new free-standing screen wall made from sandbags (filled with concrete) along the front elevation.

Cutting a few large holes in the concrete envelope would allow in natural light and could be reinstated if they ever wanted to return the building to its original condition. 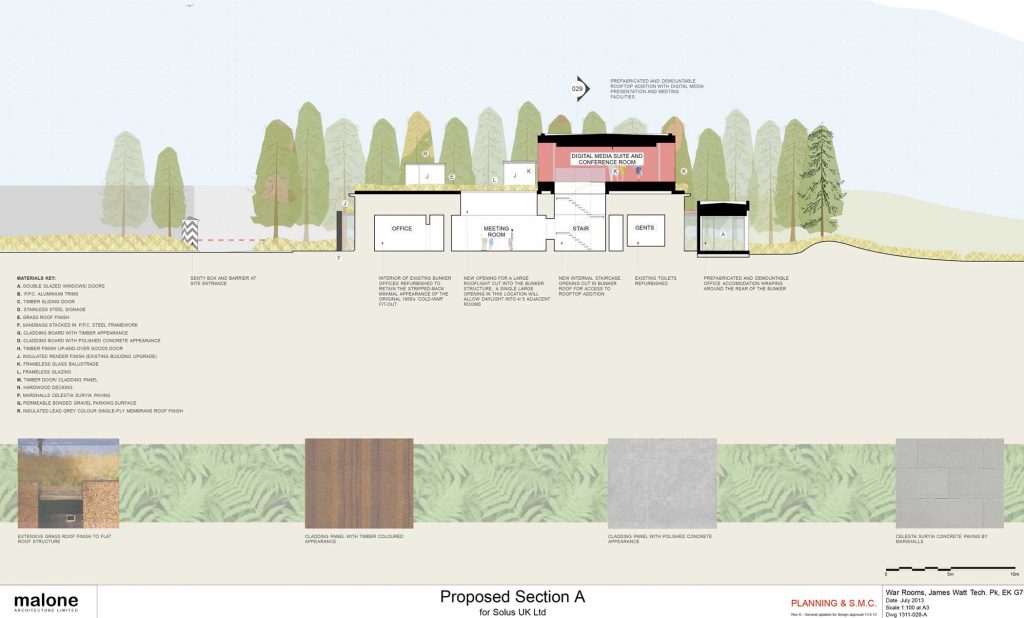 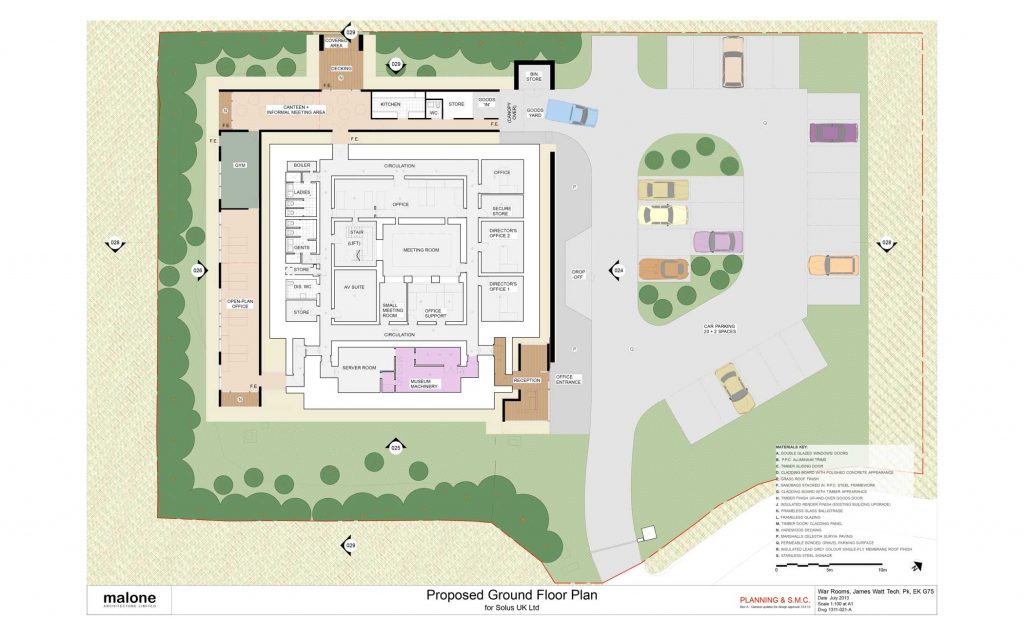 “We have worked with Keith and his team for many years and have always enjoyed the experience, combining years of practical knowledge and attention to detail, with design creativity and flair.”